She was late.
He could tell as soon as she came in, before he even saw her. The lengthy pause between the opening and then crashing of the front door, the shoes kicked off rather than gently prised from her feet. And, of course, the singing.

He knew she couldn’t sing; she knew she couldn’t sing and the only time she sang was after she’d been to the pub. Tom had lost count of how many times he’d had the conversation with her, she had to stop, they couldn’t afford it, he couldn’t stand it. No matter what he said it all came back to this. She tried; she really did try. For maybe a week, ten days, it would be the old Rosie back again, but then she would fail again, and Tom was at his wits end.
He was standing with arms folded when she came into the kitchen. ‘You’ve been drinking again,’ he said.
‘I’ve only had a couple, I’m not drunk,’ said Rosie.
Tom could see she had been in worse states, but she certainly would be unfit to drive, and he was relieved she took the bus to work.
‘You’ve still been drinking, after all we agreed.’
‘I know Tom, but I was just…’
‘Don’t even bother trying to explain. I don’t want to hear anymore excuses, I’ve heard them all before.’
‘But Tom, really…’
‘Don’t say anymore, it won’t make any difference. We’ve already decided that this would be the last time for us.’
‘I was celebrating, that’s all.’
‘Celebrating! Again. What was it this time? The cat’s birthday, the anniversary of you first being sacked. You’re always celebrating and now the excuses have worn too thin.’
‘No, really, Tom this time it was a celebration.’
‘I hope you’ve been celebrating being single again, because I’ve had enough. You knew what would happen as soon as you stepped in the pub door. While you’ve been boozing, I’ve been packing.’
‘Tom, don’t go, really don’t, life will be different now.’
‘You make these promises all the time when you’re drunk and then never keep them. I can’t cope anymore. It’s time I thought about myself instead of you.’ 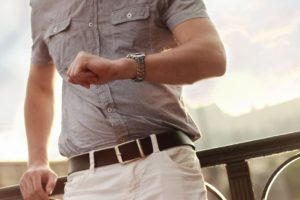 Tom took the stairs two at a time when he went to fetch his suitcase. He was angry and
needed to use some energy. How could she do this again. She knew what it did to him.
He came downstairs and began putting on his coat.
‘You shouldn’t go, Tom, you really shouldn’t,’ said Rosie.
‘I’ll call for the rest of my stuff in a few days, when you’re sober.’
‘But Tom I was only celebrating…’
‘Just stop, don’t speak to me anymore, I’ve had enough of your lies and deception. I’m leaving.’
Tom slammed the front door behind him.
‘… winning thirty million on the lottery,’ said Rosie to the closed door. ‘I guess now I’ll have to spend it all by myself.’
And she smiled.